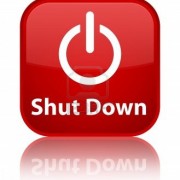 Have you ever written a Windows app that works on a specific and very important task that must be completed, but then someone force-closes it?

One solution would be to send a request to the user that asks the user not to force-close the app. Unfortunately, this doesn’t usually work.

There is a cool “trick” you can do to make sure no one will close that important app, or get a BSOD (Blue Screen Of Death), that is unknown to most programmers. This cool trick is called NtSetInformationProcess.

Some OS (Operating System) processes, such as Csrss.exe (Client Server Runtime Process), are considered critical for the normal function of the OS and closing them would crash the system in order to avoid any abnormal behavior.
END_OF_DOCUMENT_TOKEN_TO_BE_REPLACED