The cleartextTrafficPermitted flag is one of the options in Android’s Network Security Configuration file. The online documentation (https://developer.android.com/training/articles/security-config) explains that from Android 9 (API level 28) and higher, it will be set by default to false and it is intended to prevent insecure communication attempts using clear-text HTTP originating from Android applications.

OK, so what does this actually mean? Will all apps that run on the Android 9 platform with a default configuration be protected? Do these flags instruct the system to prohibit any kind of non-secure TCP communications or does it only apply to HTTP? What about 3rd party libraries such as OkHttp, async-http-client, dubbo? What about WebView controllers? What about native libraries issuing network requests? To answer all these questions, we need to understand at which level this configuration is being enforced. Otherwise, we may fall into a false sense of security.

But how does it actually work? What component and at which level enforces these restrictions? Is it a kernel module such as SELinux or AppArmor? It is Linux containers? Is it the Android Runtime environment? Is it a compiler flag that acts at the time of Ahead-Of-Time or Just-in-time compilation to strip the insecure code parts?

In this article, we will try to understand how this flag works by example and how it can help us to make a more secure application. We will also learn by example which use-cases aren’t being protected by the flag.

The importance of TLS

Just before we begin, a short recap on why we need to protect all application communication with TLS.

Compromised communications can lead to a number of possible risks including:

For each library, three requests were sent: standard HTTPS, standard HTTP, and an HTTPS request to a URL which redirects the user agent to HTTP to simulate server-side-issued redirect attacks.

This section will go through the results for the different libraries tested.

OkHttp is the most popular Android HTTP library and is maintained by Square: https://square.github.io/okhttp/. For the test the latest 3.* and 4.* versions were used. The results for both versions were the same.

The following table shows the results of using our testing app with different target SDK configurations and without the clearTextTrafficPermited flag set (i.e. the default configuration) on multiple Android devices of different OS versions.

The following table shows the results of using our testing app with different target SDK configurations and with the clearTextTrafficPermited flag set to “false” on multiple Android devices of different OS versions.

The following table shows the results of using our testing app with different target SDK configurations and with the clearTextTrafficPermited flag set to “true” on multiple Android devices of different OS versions.

When the network security policy is being correctly enforced, the OkHttp library won’t issue the request and will throw the following exception:

We can find multiple instances of checking the flag in OkHttp’s source code (https://github.com/square/okhttp) and can manually verify at which cases the check is being done. However, understanding the libraries internal logic may be required to identify the edge cases in which the flag could be ignored. The screenshot shows the source code for the relevant part of the connection chain:

Other Popular Network Libraries for Android

The following table shows the results of using our testing app with different target SDK configurations with the clearTextTrafficPermited flag set to “false” on multiple Android devices of different OS versions. Since the flag is unsupported, the behavior is in fact the same as if the flag wasn’t set or if the flag was set to “true”.

In this section we tested the default Android WebView . This test showed that in fact the WebView controller behaves differently to the OkHttp library in the context of enforcing the configuration flag. In particular:

The following table shows the results of using WebView in our testing app with different target SDK configurations and without a value for the clearTextTrafficPermited flag set (default configuration) on multiple Android devices of different OS versions.

The following table shows the results of using WebView in our testing app with different target SDK configurations and with the clearTextTrafficPermited flag set to “false” on multiple Android devices of different OS versions.

When the network policy is being correctly enforced, the WebView will show the following image

To configure the clearTextTrafficPermited flag, we need to set the network security config at the manifest file level:

We then need to populate the network_security_config.xml file with the relevant settings.

We have included below some examples of the network config file (network_security_config.xml) and the actual meaning of the settings:

In this section we will summarize some of the key questions which we have answered so far in our research:

Multiple tests show that manifest flag clearTextTrafficPermited is not being universally enforced by either the Android OS or at the SDK level. IN practice, each client-side library must implement support for the flag on its own and the actual implementation may heavily differ from one library to another.

Certain libraries such as OkHttp (or Volley which uses OkHttp behind the scenes) have full support for this flag according to their documentation. However, many other HTTP libraries which do not use OkHttp do not support it at all and the presence of the flag has no impact on the app’s behavior.

The Android WebView component has support for the flag but actual results show inconsistencies between the WebView and OkHttp implementations. In fact, Android WebView puts more clients at risk compared to OkHttp (refer to the WebView result table) as it does not enforce the flag unless target API is 26+.

Regarding other clients, such as binary communication libraries, etc, do not assume that these libraries will respect the flag. Instead, the source code of each such library should be checked for the code part that enforces the restrictions on outgoing insecure communications. The default assumption for all client-side network libraries should be that they don’t support the flag unless the library explicitly states that it does.

Despite the lack of actual system-wide level protection, the flag still offers a greater level of security in situations where it is supported by the client library and either the application’s target SDK is set to 28+ or the application is running on Android 7.1 or higher. 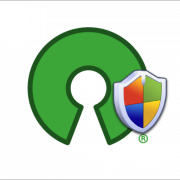 Preface How do we adjust the SDL (Security Development Lifecycle) process for the growing use of open source in internal/external systems we develop and maintain? This is a question I hear a lot lately from our customers in some recent SDL projects we (AppSec Labs) carried out for our customers. After we did some research, […]

Until recently, it was trivial for developers to disable the “save you password” feature implemented by all major browsers. However, in the last years, browser vendors have begun to actively discourage and prevent applications from disabling this feature. Their case is that the safest practice for users is to use a password manager, instead of having their passwords lying around on digital or physical support, where they can be exposed or stolen. Since it’s a client-side issue, they claim that the option should be given to users (and not to the developers) to disable this feature by configuring the browser itself.

Although this may be partly true, it does not take into account highly sensitive applications, which might be used on a shared computer, and which do not want to rely on the browser being properly configured (with autocomplete disabled). If this is your case, you should keep on reading.

It is now a real challenge to find a workaround that will work across all major browsers. So we came up with the following trick which detects the user’s browser version and acts accordingly:

END_OF_DOCUMENT_TOKEN_TO_BE_REPLACED 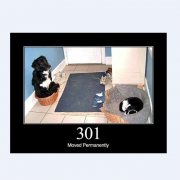 Most of us are familiar with the ‘Open Redirect’ vulnerability; an OWASP top 10 vulnerability that takes advantage of a situation in which the application receives a parameter from the client and uses it to build the URL location to which the user is redirected, without performing sufficient validation on the received input.

Typically, attackers can exploit vulnerable applications in order to perform phishing attacks, redirecting the victims to phishing sites that look exactly (or partially) like the vulnerable application. The victims tend to believe they are still in the original website, and provide their credentials in order to perform the required login. Unfortunately, these credentials are sent directly to the attacker.

The following image demonstrates a vulnerable website (victim-site.com), which is vulnerable to the common open redirect scenario; a login page that will redirect the user to the page specified in the ‘returnURL’ parameter after successful login (the rectangle outlines the URL of the index page):

END_OF_DOCUMENT_TOKEN_TO_BE_REPLACED

Over recent years, new security standards have been set by the W3C, and implemented by browser vendors. The idea was to create a set of HTTP headers that developers could use in order to add a browser-based layer of security for their web applications.

Indeed, many security problems can (or should) be remediated on the client side (e.g. Same Origin Policy), and by improving the security of the platforms it was clear that the overall security level of web applications would increase, with little regard to the actual server-side implementation.

Let’s present a quick overview of these HTTP headers: