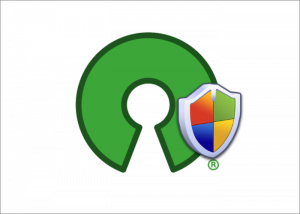 How do we adjust the SDL (Security Development Lifecycle) process for the growing use of open source in internal/external systems we develop and maintain?

This is a question I hear a lot lately from our customers in some recent SDL projects we (AppSec Labs) carried out for our customers.

After we did some research, we didn’t find any reference to the words “open source” in the SDL process bible (you can find the bible here: https://www.microsoft.com/en-us/sdl/), or anywhere else (we did find some small comments but nothing we can use in practice).

So the question is still valid, do we need to make some changes and adjustments to the current SDL process that is under our responsibility or not? If the answer is yes what adjustments do we have to make?

In this article I will explain how to enrich the existing SDL process so it can provide answers to the special security needs of open-source code projects, I will refer specifically to open-source subjects and less to general SDL process steps for in-house code development.

I will try to clarify the changes we need to implement from an application security perspective and the challenges we face when we need to adjust the SDL process to open-source use.

At first, I will quickly explain what an SDL process is, I will list some of the main risks of using open-source code, and the last section will explain how we think we should adjust the process for open source code integration.

Important note! This article is not about how to implement an SDL process in an open source project. This is a different challenge, which is worthy of other article, another day…

On a high level, the SDL process is a security procedure that is integrated into our development process and which adds tasks, issues, tools, processes, tests, etc. for ensuring application security is under control and referenced from beginning to end in the project.

The main propose of the process is to focus all application security efforts from the beginning of a project in order to reduce the cost of fixing security bugs at a later stage.

Without an SDL process, security bugs tend to be discovered one day before the release in the best case (when we need to perform a PT), or after the project is in production and was hacked by bad people on a bad day J, in which case the cost of fixing the bug comes in addition to potentially losing some customers.

Moreover, there are some other good explanations that we can find on the web for what SDL is, how to adopt the process and so on.

The steps for an SDL process are illustrated in the following diagram (taken from the bible):

For a full description of the process, you are welcome to take a look at the bible itself at the following link: https://www.microsoft.com/en-us/sdl

Let’s try to answer that:

As you can see, the use of open-source code is very different to using code we develop ourselves.

In addition, the information security risk element when using open-source code is in part different to that of using our own code.

On a practical level, at least in our opinion, the truth is somewhere in the middle and it really depends on the type of project. The “richer” the project, the higher the chances are of a fast response to a security incident, and the more people find and respond to problems in the code.

But even when you try to be as realistic as possible, we see that even very “rich” projects like Open SSL, which are used by many security companies and a large number of projects, still have serious security issues which affect everyone.

And so, as a wise Chinese man once said “if you want to be sure the code you’re using is safe, you will probably have to test it yourself”, and as complex as that sounds (and it may well be complex when you have a large project) it is possible (we at AppSec Labs did this process many times for our high risk customers ).

The right way to do this is by combining the use of the open-source code as a part of the SDL process, and providing reasonable security solution for each of the risks presented earlier, based on the threat level.

The threat level should be assessed using models like:

– CIA – Confidentiality, Integrity and Availability of the system and the information

SDL Process Adapted for Use with Open-Source Code

Now we’ve understood that using open-source code is different to using in-house developed code, and that there are different risks associated with it, let’s see how “open-source code” references can be combined into the secure development process to strengthen it.

First, for this to happen, we need to assume that a secure development process takes place, because if it doesn’t how can we combine it (and if there isn’t an SDL process, it is definitely time to start one) ?

The idea is to try and combine defense/testing/control points etc. at every single stage of the SDL.

The following is a flowchart demonstrating the process at a high level, with a reference to the “open-source code” subject:

Note: it should be pointed out that the majority of the attention is from the open-source code point of view, there are other angles relating to open-source code which do not appear in the flowchart.

Preparation stage for each project, it is custom to put the developers through secure development workshops, review of general threats etc.

When we focus on open-source code, the training should be focused and should invoke employee awareness of the following points:

This very important stage often doesn’t take place when developing in-house systems. Many systems are created when the only existing requirements are functional ones with no reference to security requirements.

In places where there is reference to security, the following should be noticed:

Of course there are other things which should be tested, the security policy can be broadened to work with any additional cases we can think of. In this respect, the security policy is the place to manage and conduct the policy of combining open-source code in our SDL process.

At this point it is highly recommended (if you have not got the internal capabilities) to hire the services of a serious security consulting firm, to provide you with a “credibility report” for the open-source code as well as “usage guidelines”, a service which could save you a lot of money and headaches further down the road.

True, we’re not going to design how our “open-source code” is going to look because someone else has already done that for us.

But we certainly can and should perform the following:

Also assume that it is clear to us that the users of our system only need to create and update files, it will be correct to nullify access to the “delete file” function in the plans (and later on in the actualization), since it is not required and course open our system to risks we are not prepared to handle at the project planning phase (you don’t always know which open-source code library will be used, and so in the threat analysis phase reference was made only to the creation and editing functions and not to the deletion…).

The result of this process needs to be specific instructions for development teams, on how to integrate and implement the open-source code in the system. Just like any other design instruction including entrance and exit point and controls over the code implementation in the system.

Developers like this stage the most, again, we will probably not really write open-source code, and so we will not be fully performing the main task aimed at the development stage which is “code security tests”, but we are supposed to implement the open-source code into our system. And so we must perform the following actions:

This is the testers’ favorite stage – the PT security testing stage. It is highly recommended to perform the PT before and after (if possible) the implementation of the open-source code in the system, to see whether the gaps are derived from the added open-source code, or from the system itself.

It is highly recommended to focus the tests on the open-source code components and on the ‘stitches’ between our code and the open-source code (by reviewing the design documents and the threat analysis performed), we need to ensure that all of the problems and solutions which came up during the analysis and planning stages were in fact implemented in a satisfactory fashion.

It is recommended that the tests are carried out in the white/gray approach and that they take place in an environment which reliably represents the production environment.

The final actual stage, just before our system meets the clients, is a very important stage. We should carry out some important final actions including:

It is important to define repetitive security testing cycles in the framework of the security policy based on the risk level. For example, a sensitive system should perform a quarterly security test but a low-threat level system can perform a security test once annually. It is very important to mention the open-source code components in the scope of the tests, so the tester knows to pay attention to these important sections during the test.

At this stage we must actualize the security policy we determined.

We will use tools as previously mentioned in order to detect exposures in our open-source code, we will perform periodical penetration tests, we will act according to our update policy should an exposure be detected and will review the system logs in order to proactively try and locate suspicious system-endangering activity, and other required actions defined in the security policy.

In addition of course, when a new activity is required such as developing new functionality, new interface, updating an existing component etc. we must carry out all the actions presented above accordingly, so we don’t actually perform the full SDL process – but certainly the main parts such as threat analysis or code tests, it is very important to update the different documents so they reflect the existing situation.

That’s it, we have completed a short review of what we think should be done when managing an organized SDL process and would like to address the open-source code issue.

Please feel free to leave a comment or send me an email at Yaron@appsec-labs.com,  I would love to hear your thoughts.

A Taxonomy on Brute Force Attacks
Scroll to top