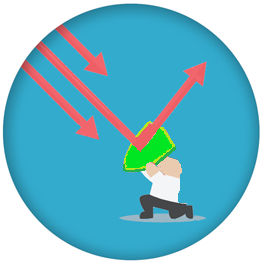 Following the first part of the article, which explained the brute-force attack and its different techniques, the following article will enumerate the possible mitigations that can be implemented in order to protect against such attacks.

CAPTCHA
“Completely Automated Public Turing test to tell Computers and Humans Apart”; is a type of challenge-response test which can help us determine whether or not the user is human.
Multi-Factor Authentication

There are a few common methods that can be applied as TFA:

The TFA can be implemented in different positions through the login flow, to avoid other flooding, enumerating and locking of accounts and it is recommended to consult with a professional party in order to find a solution that will be suitable to the organizational needs.

Preventing access to a specific targeted account in the application by locking the user and releasing the lock after a short period of time (5-15 minutes). It is also possible to reduce the capabilities (e.g. view-only mode) instead of completely locking out an account;

Access to the account is limited to certain IP addresses, therefore dramatically reducing the potential threat of brute-force against the login.

The application should count the number of failed login attempts to a specific user and delay the response with each attempt. By increasing the delay after X failed login attempt, the brute-force becomes impractical. Delay and incremental delays can be done by tracking the IP address or username with which the user tries to login to.

In addition to the described solutions, it is also recommended to maintain a strong security policy to avoid account hijacking through brute-force attacks: